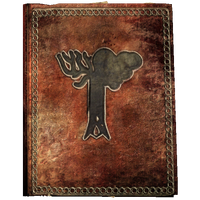 The School of Alteration focuses on the manipulation of the physical world, and is used to cast spells like Waterbreathing, Magical Armor and Magelight. Alteration magic's strengths lie outside of combat. The Alteration skill, like all magic skills, increases as Alteration spells are used, however some spells, such as Oakflesh, require the player to take damage after the spell is cast to gain experience, similar to the Light Armor skill and Heavy Armor skill, the experience gained is relative to the damage taken.

Alteration is different from Illusion in that it alters the rules of nature, changing reality so that is recognized by everyone, rather than just in the mind of the caster and the target. Alteration spells can also be augmented with potions that Fortify Alteration.