In Addition to their quick and perceptive grasp of spellcraft, even the humblest of High Rock's Bretons can boast a resistance to magic. Bretons can call upon the Dragonskin power to absorb spells.

Bretons are one of ten playable races in The Elder Scrolls V: Skyrim. They are native to High Rock and make for great battle mages. It is rumored that they were once close allies to the Redguards when their homeland of Yokuda was destroyed. Bretons are sometimes seen as traveling merchants but mostly are known for necromancy because of their superior magic abilities.

They are closely related to the people known as Reachmen, also known as the Forsworn, who also originate in High Rock and demonstrate the same capacity for sorcery. 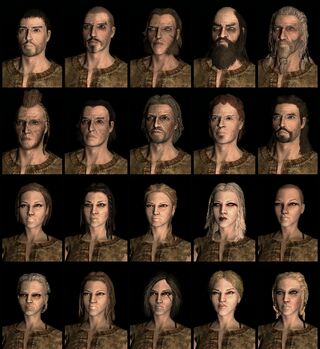