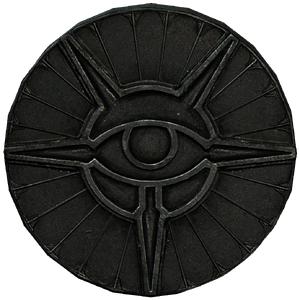 The College of Winterhold is an independent organization, and thus was not affected by the dissolution of the Mages Guild at the beginning of the Fourth Era.

The College of Winterhold is located in the city of Winterhold and is a place in Skyrim for mages to gather to learn and do research. They are one of the joinable factions in Skyrim.

The College was founded at least 700 years ago, during the second age, according to papers found within the Arcanaeum. The College was shaken by the Great Collapse, which resulted in the destruction of much of the city of Winterhold but miraculously spared the College. However, this led to deep-seated resentment from remaining residents of Winterhold, who believe mages from the College caused the accident, or at least could have prevented the disaster but did not.

The College is led by an Arch-Mage, the current Arch-Mage being Savos Aren. The Arch-Mage is assisted by a Master-Wizard, the post currently being held by Mirabelle Ervine. Under the Master-Wizard are the instructors of the various branches of magic followed by the students.

There is an additional position of Librarian held by Urag gro-Shub that appears to answer to no one within his domain of the Arcanaeum.

As you walk up the ramp to the College, you will be stopped by Faralda. She will demand that you pass a test to prove yourself competent enough at magic to be let into the college. She will ask you to perform a random spell from one of the schools of magic. If you cannot perform the spell she asks of you because of lack of magicka, you can reload a save and speak to her from the start and the spell will be different.

After passing, you are asked to meet Mirabelle who will give you a tour of the College before asking to to attend a lesson from Tolfdir.

Member of the College[]

Follow Tolfdir on an expedition to Saarthal with your fellow students. Proceed through the dungeon following the instructions of Tolfdir and Arniel Gane. When you reach the end you will find the Eye of Magnus. Listen to Tolfdir speak for a while before returning to the College to find the Arch-Mage.

The Arch-Mage will direct you to speak with Urag in the Arcanaeum. When you find him, he will tell you that the books of interest have been borrowed (stolen actually) by Orthorn and asks you to go retrieve them. Proceed to Fellglow Keep where Orthorn was last seen. There are three mages and a Flame Atronach outside the Keep so proceed with caution. Then you can go down the stairs into the dungeon. Do not forget to release Orthorn along the way. If you choose to accept his help, he will follow along and help you. He is a conjurer and summons Flame Atronachs. Just before the end there is an Apprentice lockpick door, with a shrine inside on the dresser that will cure you of any diseases. Once you reach the end you confront the leader of the mages and can choose to fight or negotiate (only available if Orthorn is still alive). If you choose to negotiate, you can give up Orthorn in exchange for the books, but it is fine, since she will first attack him and then your follower and yourself have time to help him kill her. Orthorn will still be happy with you. There is also a book in this dungeon, in the previous rooms, to level your destruction magic skill, also raise zombie and heal ward and summon familiar spell tomes you can learn inside the dungeon before the final room. Watch out for the vampires inside.

When you return the books to Urag, you will be asked to go speak to Tolfdir in the Hall of Elements. Go there and speak to him then listen as he talks. After he is done, Ancano will show up and tell you that you have a visitor from the Psijic Order that specifically requested you. Follow him into the Arch-Mage's Quarters and speak to Quaranir. He will tell you to look for the Augur of Dunlain down in the Midden below the College. After listening for what the Augur has to say, report back to the Arch-Mage.

The Arch-Mage will now ask you to speak with Mirabelle and ask her about the Staff of Magnus. Keep pressing her about the staff and she will eventually direct you to Mzulft. Inside, speak to the dying Synod researcher and proceed deeper into the dungeon. Fight your way through the constructs and Falmer until you reach a locked door that requires a key. Attempt to use the door and Paratus will let you in. If you have not already looted the Focusing Crystal from a nearby Falmer, then Paratus will ask you to go collect it. Do so and place the Focusing Crystal in the Oculory. Adjust the crystal as necessary to get the beams of light to match the lenses. You can find the necessary spell books on a table behind the buttons if you do not already have them. After listening to Paratus talk, return to the College to find the Arch-Mage and watch the scene in the Hall of Elements.

Hurry outside into Winterhold and destroy the Magical Anomalies plaguing the town. Do not worry about being overwhelmed. You will have two companions to assist you. After you have cleared the town, return to Mirabelle.

The Staff of Magnus[]

Mirabelle will ask you to go into Labyrinthian to retrieve The Staff of Magnus. Head to the dungeon and proceed through till you reach a large area with two mages casting a shield around Morokei. Kill them both and the Dragon Priest will start attacking. He will summon a Storm Atronach sometimes, so be careful. He will attack with Lightning Bolts. A good place to be as a ranged character is where the higher of the two enthralled mages were. After you defeat Mokorei and loot the Staff from him, head back to the College.

The Eye of Magnus[]

When you return, head towards the College till you reach barrier with everyone gathered outside. Breach this barrier with the Staff and proceed into the College. When you enter the Hall of Elements, Tolfdir will attempt to take out Ancano with a spell and fail. After Tolfdir is incapacitated, Ancano will attack. He is invulnerable until his barrier is disabled by using the Staff on the Eye. Use the Staff on the Eye until he stops glowing. During the fight Magical Anomalies will form and attack either you or Ancano. So try to make sure he is always closer to the Eye so they attack him first. After you kill Ancano, members of the Psijic Order will teleport in, declare you Arch-Mage and teleport out with the Eye.

Although Ancano has been defeated, his meddling with the Eye has caused some repercussions throughout Skyrim. Speak to Tolfdir to get a new Radiant quest: