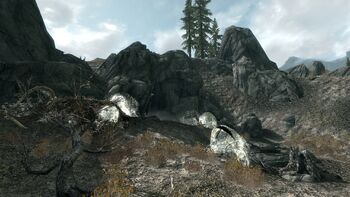 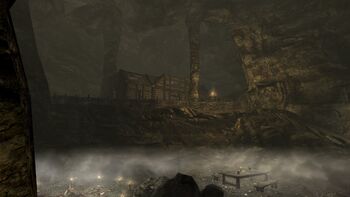 Vampire lair behind the secret door

Cronvangr Cave is a cave located due east and across the river from Mixwater Mill. Inside are a number of Frostbite Spiders and a hidden vampire lair. It is also one of the possible locations of Queen Freydis's Sword. There is also an Iron Ore Vein inside.

This area contains several frostbite spiders, including one Giant Frostbite Spider. There is also a Moonstone Ore Vein in this area.