Stones of Barenziah are unusual gems found in Skyrim.

Finding one of these unlocks new miscellaneous quest, Bring the Unusual Gem to an appraiser, in which one of these stones must be identified by one of several appraisers; two of which are Maul in Riften and Vex, part of The Thieves' Guild, also in Riften.

Upon getting it appraised, the player learns that 24 exist in total and that they are only valuable as a complete set. Most, around 20, can actually be found via systematic exploration without requiring to join any faction or playing the main quests. A few of them can only be found as part of extra jobs for The Thieves' Guild. The reward for collecting all of the stones and then replacing them in the Crown of Barenziah, thus transforming it into Barenziah's Crown, is a perk called Prowler's Profit. 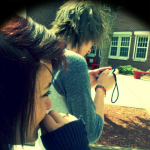