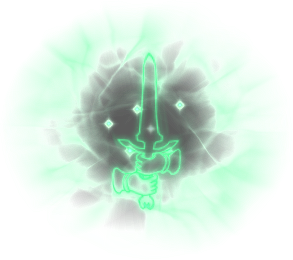 The Two-handed skill gains experience relative to the damage dealt by equipped two-handed weapons. The more damage that is dealt, the more experience is gained. There are 3 classes of weapons in this category.

The slower the weapon, them more stamina it costs to perform a power attack. In short, two handed weapons, because of their slow but massive damage attacks, are most fit for either hard-hitting, high-stamina classes such as a berserker, or a well-armored, high-stamina class such as a knight.